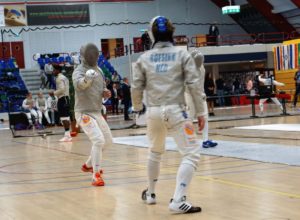 Béla and Nico warming-up for the tournament (© Kukk Helga Melinda)

Nico and Béla were active on Sunday September 9th at the strong, international SISTA SFZ tournament in Amsterdam. After a good start with a 5-0 victory over fellow Dutchman Bouwman, Nico was unfortunately unable to win any other bout in his strong poule. Béla was in a better poule and he won three bouts, among which was his bout against the strong Puerto Rican Santana. With one win and four losses Nico managed to rank 40th on the table. Béla ranked 23rd on the table with his three wins and two losses.

Béla managed to get a bye on the T64, but Nico had to get to work, because he had to fence the 25th ranked British fencer Nathan Potter. At the halfway mark Nico was down 8-4 against the tall British fencer, but proper coaching by Béla gave him the inspiration to get back into the game and score a spectacular 15-13 win.

After his bye in the T64, Béla also was facing a British fencer in James Potter. Nathan’s older brother was having a good day and from the start Béla was facing an uphill battle. In the break Béla was already down 8-3. After the break Béla tried to find his game with renewed vigor, but his opponent’s lead was too great to overcome. After a 15-9 loss, Béla had to be satisfied with a 23rd place. 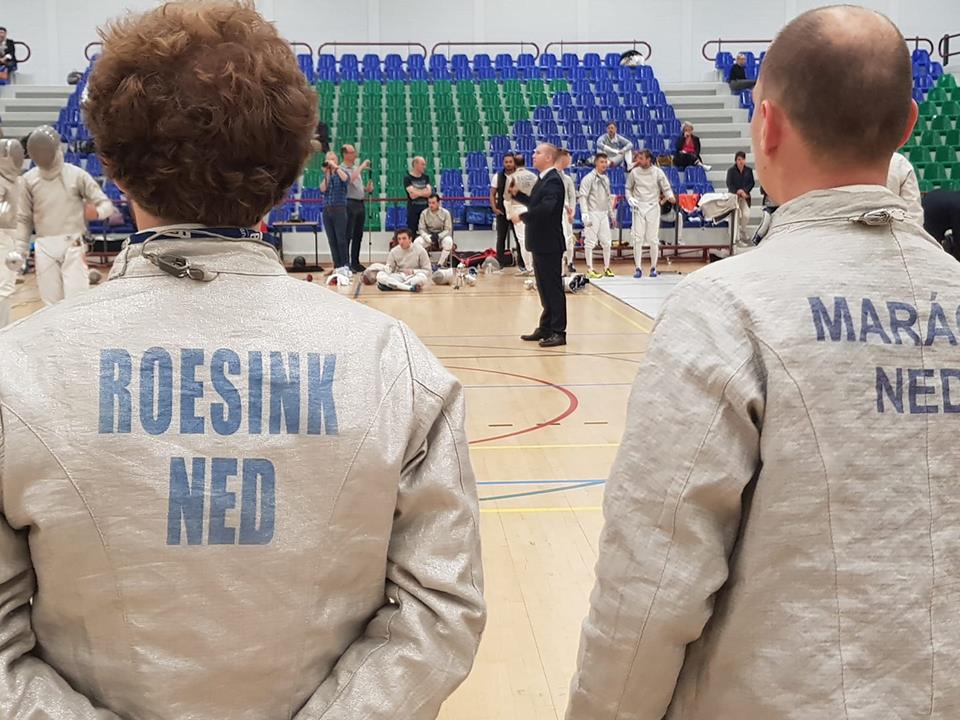 Béla and Nico are observing their opponents in action